The rules of perspective are based on one simple fact: objects look smaller the farther away they are from your eyes. To draw objects realistically, you need to reproduce this apparent size change on your paper. Applied to a rail fence, this means that you draw the most distant posts shorter and the nearer posts taller. As the posts recede into the distance, they get not only shorter but skinnier and closer together. The rails of the fence appear to slant downward. The rules of perspective help you figure out how much shorter and taller, how much skinnier and closer together, and at what angle various receding lines should slant.

Perspective can play a crucial role in the world of Sales. In order to make sales more profitable in the art world it is important to take advantage of predictive analytics. Being able to understand the new artistic patterns in music, art, etc can put you ahead of the curve on knowing what to produce and sale when it is high in demand and low in supply. 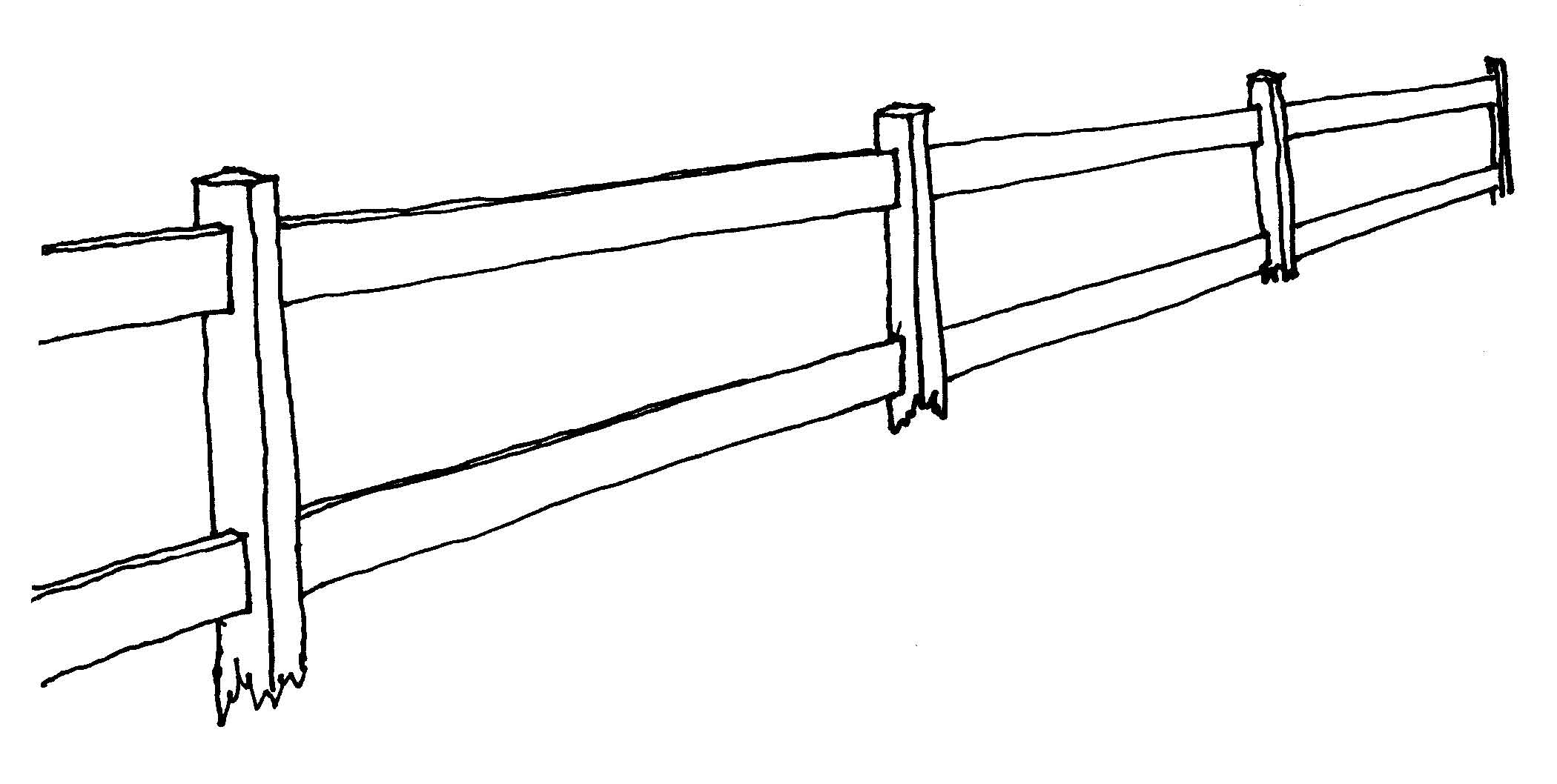 In the simplest form of perspective there is a single vanishing point, and all receding lines converge toward it.

All vertical lines stay vertical (a).

Horizontal lines stay horizontal if they describe objects such as the back wall and window, that are facing the viewer “straight on” (b).

All other parallel horizontal lines describing objects “going away” from the viewer are drawn so that they converge on the vanishing point (c).

Figures and other complex forms follow the same rules. 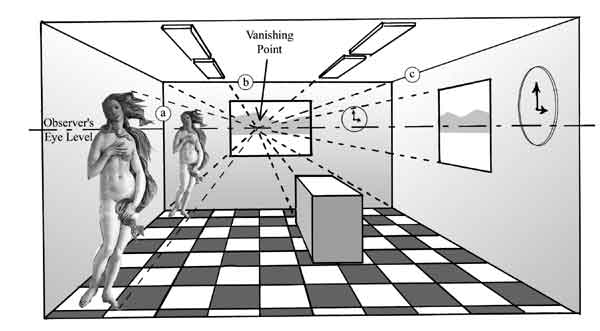 When your point of view allows you to see two adjacent sides of a building or other complex object, you usually need two vanishing points to make your drawing look realistic. Try this exercise in drawing a simple building in two point perspective: